If It’s Not One Thing It’s Your Mother

Thanks for joining me on the Mother’s-Day-to-Father’s-Day Thunderclap Campaign, “You Otter Follow Your Heart”! To thank you for joining, you’ll receive a FREE Advance Copy of my brand new story buy Lyrica india When Otters Play. In honor of Mother’s Day this month, this post shares moments about my late mother. 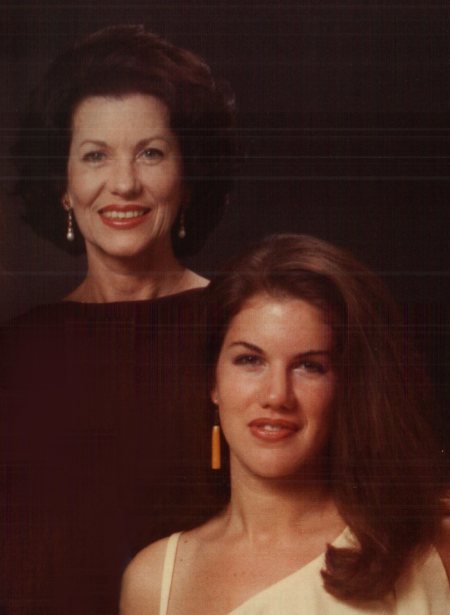 “Do something with that hair!” It’s a refrain my mother said often enough that I can still hear her saying it. Indeed, the phrase will live on, as it’s featured in the mother-daughter storyline in the next novella of my Milford-Haven saga, When Otters Play.

It isn’t so much the text of the phrase that never fails to strike a nerve, but the sub-text. It implies everything from incompetence to disobedience, and carries a heavy weight of judgment. No matter how much time and effort I might have spent grooming, it never seemed to be good enough for mom, because this was often her only comment as I headed out the door for an event: prom or graduation, party or photo shoot, job interview or theatre performance.

It never failed to hurt my feelings. And to some extent, I ingested her attitude and made it my own. Until I began to see through this issue clearly years later, I accepted wholesale that either I just had bad hair, or would never know what to do with it. I was therefore surprised when I looked back at photos to see that my hair actually looked fine. So what was this dissonance all about?

I could have chosen to believe I had a mean-spirited mother who’d rather hurt than help her daughter. Yet, when I scratched the surface of the complex relationship with my mother, I never failed to discover her heart of gold. Her only motive in saying anything critical was to help me, improve my life, remove an obstacle, deliver me to my best opportunities.

I wish she’d been able to communicate her support more . . . supportively. But as our relationship matured, I came to know both myself and my mother better. She was a vibrant, accomplished woman who faced more obstacles than I can truly grasp, sailing through the Great Depression, World War II, the kind of gender bias that was so prevalent as to be invisible, a brilliant career, the loss of a brilliant career, a thrilling marriage, a family she loved, and enough self-doubt to fill a classic set of Encyclopedia Britannica volumes.

Every time she saw me headed out into the big bad world—a world she once knew better than I—she knew she could neither stop nor protect me. So what she could do was arm me with the best possible weapons: a good education, polished manners, a proper wardrobe, and . . . good hair. These tools had never failed her when all else did. Doors might have been slammed in her face, but sometimes they opened again later because of her grace under fire, or her sheer determination. And no one could ever fault her appearance under any circumstances. A poor photograph of her does not exist.

Twenty years ago, when I married my husband, I moved part-time to the city where Mom and Dad had retired. Since the previous twenty years had been spent on opposite sides of the globe (I grew up in Tokyo, and they stilled there for many years), this move of mine created a level of jubilation that never really subsided. She always thought of ways to spend time with me: impromptu lunches, elaborate dinner parties where she could show me off to her friends, cozy evenings as a foursome with my father and husband included. From my side, I suggested projects we might do together. We spent several months, for example, during our “spare” time, curating her extensive collection of Japanese kimono, then creating a series of gallery events to sell them. Not only was this fun and satisfying, it validated her taste, her studies of textiles and history, and her ability to bring a project to completion.

We’d had as full, frantic and fun a holiday as any family could imagine. Her sister, my beloved aunt, stayed with my parents for the month. Other family members and friends came to stay at our houses, both of which were decorated sumptuously for Christmas featuring eclectic mementos of our years in Asia: angels sitting atop shelves, trees, and tables; Japanese screens as backdrops for poinsettias; and Buddha statues wearing red ribbons. My sister sang at a holiday concert. I signed books at a gorgeous Christmas event. We cooked, we sang carols, we ate, and, as always, we read A Christmas Carol aloud, with my dad, an accomplished actor/director, playing Scrooge.

After the holidays, Mom was exhausted and my husband and I whisked my parents away to the mountains for a few days of what we call “the great nothing.” Somewhat restored when we returned home, she still felt something was wrong. Days later she was diagnosed with an advanced illness, and opted immediately not to have treatment. Suddenly, the clock was ticking: six months. I stopped writing. I started caring for her.

Along with my sister, who came to town when she could, I set up a schedule of tasks, visits and yes, parties. We planned a series of International Salons for our parents. They’d taken us all over the world. Now, we would bring the world to them. All of them staged in their lovely home, the first was an English Tea with Piano Concert. Next was a Russian feast with violin concert. By the time we held the Argentine Tango Milonga, she’d lost a lot of strength. But, having been a dancer, she rallied and we had her gliding around her living room—emptied of furniture and transformed into a music bistro—in a reverie that fulfilled an important item on her bucket list.

The last show was held on her ninetieth birthday. Though too frail to walk by then, she’d chosen her wardrobe and when we dressed her she looked gorgeous as ever. Carried to her van by a handsome group of EMTs from the local fire department, she arrived at the performance we’d planned for her. I produced and my sister performed a one-woman show at a school for the arts the family has always supported. When the students sang “Mama” to her at the end of the performance, it brought the packed house down.

It was four days later when she passed on peacefully in her home. We were all there, and we watched in awe as her spirit took flight. We held a memorial in the beautiful garden she’d designed. I’d chosen butterflies as the theme, and as I struggled through my remarks, friends said a butterfly swirled around my skirt. I have often heard her voice since then—not in a traditionally audible way, but still, unmistakably. Sometimes as I head out the door for a performance or a book event, I hear her say, “Do something with that hair.” But now that I know what she means, it only makes me smile.

To read more, get special deals, subscribe to my newsletter, find out where I’ll be speaking or performing, and find out all the lastest on the Milford-Haven Novels & Stories saga, join me at MaraPurl.com.