The Sound of Her Voice 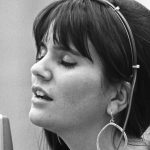 Many events from the last few decades seem to have their own musical themes, as though life itself were a film with an accompanying score. Specific personal memories seem to embed themselves into whatever the prevailing musical tracks that were playing at the time. Maybe at age 12, you held hands with your first boyfriend and “I Want To Hold Your Hand” was playing on the radio that day. Or maybe you suddenly understood that your destiny was to become a runway model and Prince’s “You’ve Got the Look” was hitting the charts at the time.

For me, music is a determining factor in the pace, the mood, the progress of any given day in the life. Sometimes a song can yank me back to a memory I no longer knew I had. Sometimes a phrase will open a door into a realm I’d been searching for, suggesting a storyline I should write, or a project I should undertake. It can be deliberate, as when my husband chooses a romantic piece that centers us on the love we share. Or it can be synchronistic, as though the perfect tonalities were sent to me from a distant star, timed to arrive just when I need them.

All these thoughts swirled and enveloped me—and most of the audience—as we watched the new documentary about Linda Ronstadt. It became obvious immediately that the divine Linda R had been walking beside me during the last several decades, whether or not I was always aware of her. She was out there, on the road, in the concert venues, in the news, and in the studio, doing what she loved, and what she was born to do.

She was the force of nature that was so often used to describe her, not so much because she had drive or ambition or talent, though she had all three in abundance, but because she opened her heart to the universe and said, “Use me, I’m yours.” She had a glorious instrument that, instead of harnessing, she let loose upon the worlds of music that inhabited her soul.

Born into a musical family, she was lullabied to sleep by a father who crooned the love songs of his native Mexico, she sang along to her mother’s cherished Gilbert and Sullivan, and then she found her opening through her rock-and-roll heart. She made good songs great, and she made them her own.

“Blue Bayou” was a wonderful song and a big hit for one of its songwriters, Roy Orbison. When he sings it, you can hear that authentic longing for home, enjoy the details of the coastal setting, feel the sultry hot breezes and catch the edges of local accents and flavors. But when you hear Linda sing it, the novella becomes a full opera, telling the story of a longing deep in the soul so poignant it brings tears and reignites lost hope.

Linda and I haven’t met so far, but in the realm of six degrees of separation, our paths crossed many times. While I was writing songs and singing with members of the Doobie Brothers, she collaborated with their friends, and hers, the Eagles. She was interviewed several times for Rolling Stone during the time I wrote two cover stories for the magazine. Annie Liebowitz did her photo sessions, and mine with Jon Voight when I wrote his interview piece. Far earlier, I was playing modest college venues while she was packing the stadiums with audiences of 17,000. Both of us loved our male musical colleagues but had to compete with them, while we collaborated with our female peers.

She has an inkling of how her artistry inspired so many others, though she’s too modest to say so. And she will likely never know how much her courage and great spirit encouraged other young women to stand up for their beliefs and pursue their dreams. These days, the greater the accolades that come her way, the more dismissive she is of the praise and the more humbled by all the universe gave her. To me she appears to be someone who used each aspect of her own heritage as best she could, polishing each element of her talents to a high sheen the better to reflect upon others. That generosity of spirit seems to sparkle through the tales of those who knew her then, and know her now.

The documentary focused mostly on all the good things about her career, and there are no doubt some negatives lurking in the shadows, as there are in every life. But as I rode wave after wave of emotion, carried along by her music, the film presented as a special gift, and I’m forever grateful for the sound of her voice.

This entry was posted in Art and Entertainment, Artists, Doobie Brothers, Music and tagged Linda Ronstadt, rock music, singers, The Sound of Her Voice. Bookmark the permalink.