';
To receive newsletters from my heart to yours... Enter your email address
August 11, 2022

Haiti – European Legacy in the Caribbean 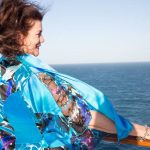 The first visit was to Haiti, which shares an island with the Dominican Republic. The island of Hispanola, originally colonized by the Spanish, was later divided into two nations, with the western side becoming French in 1697.

Before colonization, the ancient tribes—the warring Caribs and the more peaceful Taino—inhabited the island, but succumbed either to disease or to brutal labor practices at the hands of their colonizers. As the Europeans began to develop huge agricultural enterprises, they replaced the native laborers with African slaves, who arrived by the tens of thousands to make possible booming sugar and coffee exports. Despite thousands of deaths among this new labor force, by 1789, slaves outnumbered the free population by four-to-one.

Haiti is the only nation to have won its independence, rather than having had it granted. The brave Haitians, led by former slave Toussaint Louverture—an educated man who’d studied the campaigns of Julius Caesar—strategized well, pitching the battle for independence during years the French government was engaged in their own Revolution and in the Napoleonic Wars. Later in its history, Haiti went on to become a founding member of the United Nations.

Cruise ships don’t pull into Port-Au-Prince, which is still struggling to rebuild after the devastation of the 2010 earthquake. Magnitude 7.0, the quake affected three million people, causing the death of from 100,000 to about 160,000. The government of Haiti estimated that 250,000 residences and 30,000 commercial buildings had collapsed or were severely damaged, with existing poverty and poor housing conditions having increased the death toll from the disaster. Help from other nations, including the U.S., have been helping the Haitians rebuild.

Meanwhile, the cruise companies dock at Labadie (the French spelling) or Labadee (English) where a tourist-aimed village shines as brightly as the tropical sun. Kiosks line a market street offering crafts and fabrics, jewelry of beads and shells, obligatory T-shirts and hats.

The people are striking—elegant and proud, a hint of formality infusing their posture and speech. The melifluous tones of Haitian Creole are carried on the gentle breezes, and a childhood song starts to play in my memory: Angelico, Angelico, allez cai Maman . . . My parents bought a childrens’ record collection that I loved, filled with songs from around the world. I memorized them all, and am amazed, now, that all the lyrics come drifting toward me as if carried on that same breeze. Po pas donne me disagrement.

The lovely voice on the old vinyl sang the song in English the second time through the melody. Go home to Mama, cher, go home to Mama and say never come back for a year and a day. It had always struck me that the English translation went for a nonsense rhyme, when the original told the story more pointedly: Go home, Angelico, go home to your mother and don’t give an argument (disagreement.)

The French language, part of my own heritage, was spoken in snatches at home as I grew up, and became a study of several years not only at school, but during a summer my family and I spent doing an immersion program in the south of France. So it’s easy for me to slip into French, and I enjoyed speaking it during our day in Labadie, as all Haitians study French in school as well and speak with a beautiful lilting accent.

But the native language spoken there tells the story of the cultural clash and inherent dysfunction of the colonization paradigm: one race as masters the other as slaves. Haitian Creole—which is not mutually intelligible with French—has always been contentious. From the Haitian perspectgive, French was seen as a sign of colonialism; from the European perspective, Creole was maligned as a poor person’s French. Both Haitian Creole and Haitian French are beautiful, and many people speak English as well.

The derivation of Creole continues the story. People ripped from their homes and sold into servitude had myriad techniques for survival, and one of their most important was creating a unique way of communicating. Mastering their masters’ language, they also created a unique, complex blend of eighteenth century French, Portugese, Spanish, English, Taino and West African languages. Haitian Creole is now spoken by 9.6–12 million people worldwide.

During our cruise excursion, my husband and I opted for a tour of the Heritage Village, which began with a short boat ride to a sheltered cove. Tall, elegant Haitian men handed us ashore and we were led to a meadow overhung with palms and furnished with outdoor benches. A stocky, charismatic leader stepped forth and began to speak an international version of English, detailing what we’d be seeing next—sugar cane processing by hand, the precious liquid being wrenched, squeezed and pressed from the stalks, with tiny sample cups offered to the visitors.

Next we were led to a grove of artisans whose colorfully painted and stained wood carvings were fashioned as bowls and boxes, figurines and jewelry. I asked about a beautiful little box, and the bargaining began, a gleeful process handled as masterfully as in any world marketplace.

Then the show began: brightly costumed men and women, dancing and singing to the drum-music played by a small group of musicians who’d probably mastered syncopation about the time they learned to breathe.

The dances they presented were full of symbols, echoing from their Vodoun origins, but edited for the tourist market, rendering the show part exhibition, part concert. The natural talent and self-expression of these beautiful people infused the grove where they performed, making me feel a momentary kindred spirit with them as a fellow performer. Soon we were escorted back to our skiff, and we chugged over the sparkling water back to our awaiting ship. My head knew we had contributed in a minor way to Haiti’s economy, and enjoyed a glimpse of history. My heart reaches out to these lovely people, wishing them well and hoping they create a brighter future.